If you think it’s GAME OVER, you should get in touch, maybe we can help!

In today’s world, the young generation is engulfed with some form of entertainment or the other. Technology has birthed new industries, and one of such is the video game industry. Gaming consoles like PlayStation is popular among lovers of the game, and children and adults as well are having a great time playing such games. And when they breakdown who do you run to?  Game and console repair near me is at your service.

The truth is the new inventions of these games have their shortcomings. When they malfunction, not everybody can fix these machines, and that is where a game and console repair shop comes in handy.

Even if you call on an ordinary technician, they may not be able to fix it. Hence, call on a game and console repairs near me to get it all done. Most users would not like to send their game console back to the manufacturers—it takes ample time to get it fixed and return it.

Games console repair shops are everywhere but know who you’re taking your device to—experience and track record matters. So you have to trust Woodgate Computers

We repair both Sony PS4, PS5 and Microsoft Xbox consoles

Overheating and turning off issues 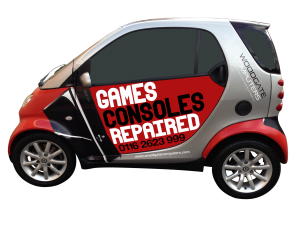